Butterfly Staxx is one of the best NetEnt games ever produced. A continuation of this game is an excellent idea from NetEnt. – Yes, we were excited when we tested the game!

It is something special with Butterfly Staxx, the game reminds us of another top NetEnt slot, Fairy Tale Legends Hansel and Gretel! We had no idea what to expect in the new version of the game, perhaps a couple of butterflies but what more? Read our full Butterfly Staxx 2 review to find out what is new in the 2nd edition and find out if it is better than the first edition!

The game field has the same fairytale touch as the previous version. You can see the glimpse of a beautiful landscape, next to the game field. The higher valued symbols are glowing butterflies and flowers. The lower valued symbols are as usual the letter symbols. Then there is a wild symbol (a flower), it substitutes for all symbols except the scatter symbol and can appear anywhere on the reels. There is one more symbol, the pink rose-symbol. It is the scatter symbol.

Cocoon symbols can land on the reels during Butterfly Spins. “All Butterfly symbols fly to the leftmost position on the same row not already occupied with a Butterfly symbol. The Butterflies remain until the end of the Freespins mode. The goal is to get as many active Cocoons as possible because cocoons turn into valuable Butterflies. This is similar to the old version but now there are 3 reels!

Try to win as much as possible by picking Butterfly symbols.

When an entire stack of Butterflies are covering a reel (4 Butterfly symbols) the RE-spins feature is activated. All Butterfly symbols fly to the leftmost
position not occupied by a Butterfly. When you don’t receive any more Butterflies on a spin, the Re-spins mode has come to an end.

OTHER: Some complain about the low maximum win. We agree the maximum win is low. Otherwise, this is a great slot. Imagine if there would have been a progressive jackpot added to this slot!

You will probably have the same reaction as we had when testing the game for the first time; Is it the same game !? No, it’s not! There are new features added to the new game, another kind of graphics, and different sound. The sound is very similar, we had to play the games several times to recognize the difference. The sound is good in both games but slightly better in the first version. Perhaps the graphics are more appealing in the old version too, at first. It’s probably because one is more used to the old graphics. Perhaps this will change when playing the game more in the future.

The new features are a great extra spice to the game. The game is still; “the same wonderful entertaining game filled with butterflies and great sound”. For some reason, the glowing butterflies work extremely well in both the first and second version of the game. The base game can be a bit repetitive but it’s still entertaining.

A thing that we remember from the previous version is that it sometimes took forever to reach the bonus game. This happened to us when testing the new version. It was worth the long wait, we got rewarded. The bonus game is very special and entertaining. Now when there are three play areas, the bonus game gets even more entertaining! Butterfly Staxx 2 is a great slot and a good add to the over 200+ big NetEnt collection of games.

NetEnt News How do I get my Bonus? About Bonuses Different Payment options Contact
Featured Casinos: 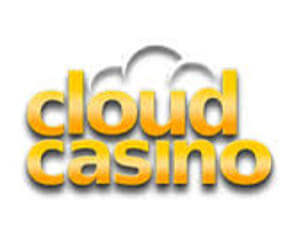 NetEntCasinoNoDepositBonus.com
is an igaming news, comparison
and review site. We do our best to provide you with bonus offers that are correct and up to date. We are not responsible for errors. It is your responsibility if you confirm and accept the terms of any offer or promotion – 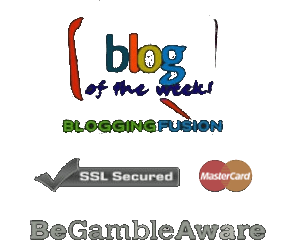